The Best Places To Live on Vancouver Island 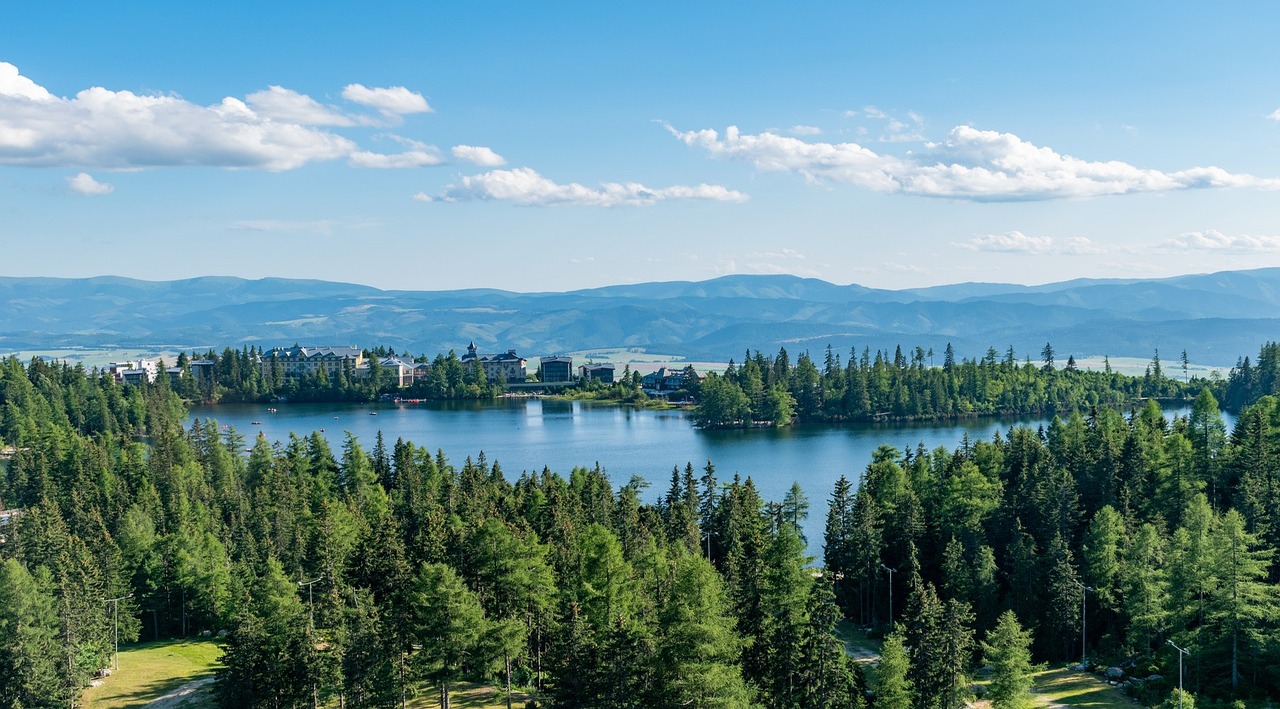 Nestled off of Canada’s Pacific Coast is the breathtaking coastal area known as Vancouver Island. Commonly referred to as simply “the Island”, Vancouver Island is a mecca for art, culture, and recreation. Not only is the Island the largest island along North and South America’s west coast, it is also the most populated, with over 870,000 residents. Of these residents, nearly half live in the Greater Victoria Area.

Vancouver Island has some of the warmest climates in Canada making it a popular area for those who don’t enjoy a traditional Canadian winter. Newcomers are drawn to the island for its ample amounts of stunning beaches, recreation opportunities, and stunning waterfront living options. Though every part of Vancouver Island is arguably “one of the best”, below is a glimpse into the most popular areas on the Island, and what makes them so great!

Oak Bay is an affluent community located along the southeast coast of the Island. Ideally located near downtown Victoria, Oak Bay is a popular area for yachters, boaters, or water enthusiasts in general. Calm waters and an impressive marina are some of the attributes which new buyers are attracted to.

Homes for sale in Oak Bay range in style and size, making the community ideal for a wide range of buyers. From stunning waterfront condos to breathtaking oceanside estates, waterside living is definitely the most desirable real estate option in Oak Bay. Slightly inland, there are plenty of additional housing options which range from spacious townhomes, cozy condos and upscale single-family dwellings.

With the exception of oceanfront buildings, condominiums in Oak Bay can be found ranging from the low to mid $300K’s to the mid to upper $600K’s. Waterfront and water view developments have price tags that begin around $500K and climb past the $900K mark.

Single-family homes are plentiful in the area and have list prices that range from the mid to upper $800K to over $3.5 million. Luxury, oceanfront estates see considerably higher sale prices, some surpassing $10 million.

Oak Bay is officially a municipality which was incorporated in 1906. There are approximately 18,000 residents who live in the area that is dotted with an array of neighbourhoods and subdivisions.

Neighbourhoods located in Oak Bay include:

Residents of the Oak Bay community have access to a number of schools that span all grades. Not only is Oak Bay home to the University of Victoria, the community is also home to a handful of preschools, elementary schools, middle schools, and high school options.

Schools located within Oak Bay are:

Life in Oak Bay is pretty good. Not only does the majestic Pacific Ocean act as your eastern border, the area is filled with boutique shops, fine dining, art galleries, and more. Dubbed as a getaway destination, Oak Bay is both charming and trendy.

Outdoor enthusiasts are instantly drawn to the area for the miles of stunning coastline, breathtaking lookout points, unbeatable trails and unparalleled water activities. Avid golfers can enjoy some of the most spectacular courses in the country which stretch out along coastlines, providing picture-perfect views. Both Victoria Golf Course and Uplands Golf Club boast immaculately cared for grounds and scenery that is fit for magazines.

Southwest of Victoria falls the thriving and growing city of Colwood. A scenic, waterfront community, Colwood is home to roughly 17,000 residents who happily take advantage of their ideal location along the coast of Vancouver Island.

There is a variety of real estate opportunities available in Colwood which suits many different prospective homebuyers. Newly developed townhomes, cozy condominiums and spacious single-family detached homes dominate the market. The landscape is a mix of well established homes and a collection of new, modern builds.

Colwood is a city which was officially incorporated in 1985. Though a beautiful and family-friendly community, the population has stayed low, which is a welcome fact for current homeowners. There are a plethora of neighbourhoods that make up Colwood, ranging from traditional suburbs to luxury waterfront communities. Some of the neighbourhoods which make up Colwood include:

There are a handful of excellent schools which are located within the Colwood community. The city falls under the jurisdiction of the School District 62 Sooke which administers and operates 9 schools from elementary to high school. Colwood is also home to Royal Roads University.

Schools located in Colwood are:

Colwood, BC is a desirable seaside city which is home to stunning stretches of coastline, beautiful parks, and top-tier golf courses. The community is home to a slew of necessary amenities as well which include excellent schools, shopping locations, restaurants, recreation centres and medical offices.

Those who enjoy the outdoors will immediately fall in love with Colwood. Trail systems, open spaces and parks are abundant and beckon residents to come out and enjoy. Falling within Colwood is Hatley Park which is a 565-acre space that is home to a castle. Built in 1908, the castle now serves as a national historic site, which is also the site of the local university, Royal Roads. Residents can also enjoy a large stretch of the Golden Goose Trail which meanders through the city connecting communities as it goes.

View All Homes For Sale in Colwood, BC >>>

The capital of British Columbia, Victoria is a thriving and enticing city which is a perfect location for those who wish to enjoy the excitement of an upbeat urban community. The city is home to around 95,000 residents and encompasses many different nationalities, ethnicity, and ages.

Depending on where they are located, homes in Victoria will range in price and style. There are an abundance of styles and sizes that make up the real estate landscape in Victoria. The downtown district is filled with trendy condominium buildings, renovated loft apartments, and spacious townhomes. The outskirts of town and surrounding suburbs are home to many single-family dwellings, townhomes and luxury estates.

Living in a city like Victoria does come at a cost. The city has routinely ranked within the top 10 most expensive cities in the country. With its stunning coastline, proximity to the neighbouring United States and pulsating downtown districts, Victoria is a highly desirable city.

Homes for sale in Victoria typically begin around the $400-$500K point for a modest studio condominium. Large, single-family homes generally begin over $1 million and can climb considerably with size.

Victoria is home to many different neighbourhoods which as a whole make up the lovely city. From family friendly suburbs to trendy and sought after urban centres, there is something for every buyer. Some of the favourite neighbourhoods found in Victoria include:

The Greater Victoria School District provides education to the entire city and its students. There are over 15 schools that serve students from kindergarten through grade 12. Along with public education in English provided, many schools are now also offering a very popular french immersion program. There are also a handful of private and religious schools within the city.

Schools located in Victoria include:

Victoria is a great place to live and work. The city is home to a wide range of job opportunities as well as many necessary amenities. Its proximity to the ocean offers up a wide range of recreational activities which include water sports, fishing, canoeing, beach use and more.

Averaging over 21,00 hours of sunshine each year, Victoria is the perfect place for anyone who enjoys spending considerable time outside. There are roughly 20 parks dotted throughout the city offering everything from playground equipment, multi-use sports fields, open green space and more. Beacon Hill Park is one of the city’s largest and most popular areas and features 740,000 square meters of parkland. Residents of the coastal city enjoy the idyllic weather with temperatures rarely going below zero in the winter and about 30 in the summer.

View All Homes For Sale in Victoria, BC >>>

Located on the northern end of the Saanich Peninsula is the charming city of Sidney. Home to just over 11,000 residents, Sidney is a tight-knit municipality offering beautiful water views, excellent amenities and plenty of stunning outdoor recreational opportunities.

Sidney is home to both residential real estate as well as a small industrial area. There are a number of different housing styles available which include condominium-type buildings, single-family detached homes, and a selection of luxury, waterfront estates.

Prices are heavily influenced by style, size and location with entry-level bungalows and cozy townhomes or condos beginning around $400-$500K. Single-family detached homes, as well as larger condos, generally fall between $700K and $1.5 million. Luxury waterfront real estate begins past the $1 million mark and can climb substantially.

Sidney is a rather small town on Vancouver Island and as such the area lacks the distinction of neighbourhoods. Many just refer to the area of town as in Sidney Northwest, Sidney Northeast, Sidney Southwest and Sidney Southeast. There are a number of distinct residential condominium communities found in Sidney which include:

Education in Sidney is governed by the Greater Victoria School District No. 63. This district has 14 schools in total - 8 elementary schools, 3 middle schools and 3 high schools. There are both publicly funded and privately funded schools that offer education to students from kindergarten through grade 12.

Schools located in Sidney include:

“Sidney by the Sea”, as the town has been referred to, is a beautiful community that attracts residents of all walks of life. Historically, the town has been popular among the older generations, however, increasingly young and young residents are coming to the area. Safe streets, quiet neighbourhoods, scenic parks and beautiful marinas are main attracting factors of the town.

Sidney features over 25 public parks and greenspaces. There are also 17 public access beaches found in the waterfront city. Outdoor enthusiasts enjoy kilometres of bike trails, walking trails, and beautiful seaside boardwalks. Some of the most popular areas found in Sidney include Beacon Park, Bevan Fishing Pier, and Eastview Park.

View All Homes For Sale in Sidney, BC >>>

Vancouver Island has routinely been considered one of the best places to live in both the province and country. Stunning views of the Pacific Ocean combined with everyday necessities and amenities showcases how the Island offers a perfect blend of island lifestyle and practical living. Newcomers to the city quickly fall in love with the Island's laid back atmosphere which seems to constantly reinforce the importance of spending time with family and friends exploring the many trails, beaches, parks and more. Regardless of which community, city or town you consider, life on Vancouver Island is every bit as sweet as it seems.